For My Baku review I am going to look at the event first and then discuss the athlete’s performances second.

Yesterday I read that Baku was hoping to hold a Formula 1 Grand Prix in 2016. This both surprised me and amused me in turn. Anyone that knows Formula 1 knows of Bernie Ecclestone the legendary boss of the sport.

The simple truth is Bernie would not tolerate a fraction of what the IFSC tolerated in Baku this previous weekend. Here is a man that grew Formula 1 from niche sport to where it is today by expecting a high level of professionalism wiIth every event organizer contracted, one not afraid to walk away if the event didn’t meet the standard expected as a top echelon professional sport. The onus is on the IFSC to exact the same high standards of organizers of World Cup climbing events to ensure the growth and development of competition climbing. 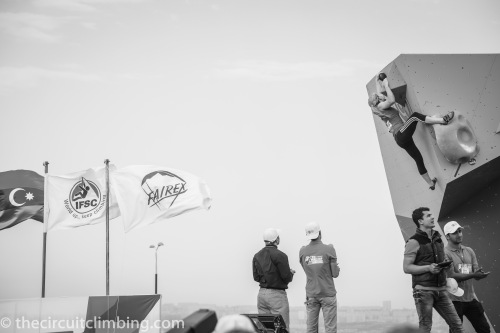 I didn’t say this at all to readers, Facebook followers etc. while I was in Baku (because http://www.cnbc.com/id/46471155/page/3) but it needs to be said. The event organizers in Baku failed to provide the basics at an acceptable level. There was intermittent bursts of enthusiasm but no consistency of effort and very little cohesive direction from above and the result was an IFSC World Cup that didn’t present the sport to the wider viewing audience in a favorable light.

The majority of the athletes, coaches and family members that travel to World Cup events have only partial funding or none at all, when they invest in traveling to a World Cup they expect to be representing their countries at a professional run event. The climbers train for years to get to a standard where they are good enough to compete in front of a global audience and the expectation is the events will have an equivalent level of professionalism. They want the best routes on the best walls in front of the best crowds and with clean, professional coverage. Sure mess ups can happen like the rainstorm interfering with qualification at Innsbruck last year but that needs to be the exception, not the rule!

Baku gave us an amazing venue but then things went south fast. When the setters arrived to start setting the problems the only holds they were given would be suitable for a kids wall, thus began an urgent race to bring holds in from Europe in time. The mats weren’t finished for them and within days the large roof designed to protect the athletes from the blazing desert sun had buckled under the relentless wind (Baku means Windy City in Azeri) and had to be removed on safety grounds, exposing the athletes to the elements.

The Speed wall was also beset by difficulties and at one stage I watched open mouthed as a local soloed up the outside of the scaffolding to hang one of the topropes. Completely unprotected 15 meters up… What a look it would have been for the sport if he had fallen…

In short the IFSC needs to give the organizers a Bernie Ecclestone level shellacking and let them know that to have a World Cup again they have to seriously improve at their end and put in safeguards to ensure it happens.

So, how was the actual climbing at the event? What did we learn and how has the season evolved from a week earlier in Chongqing? 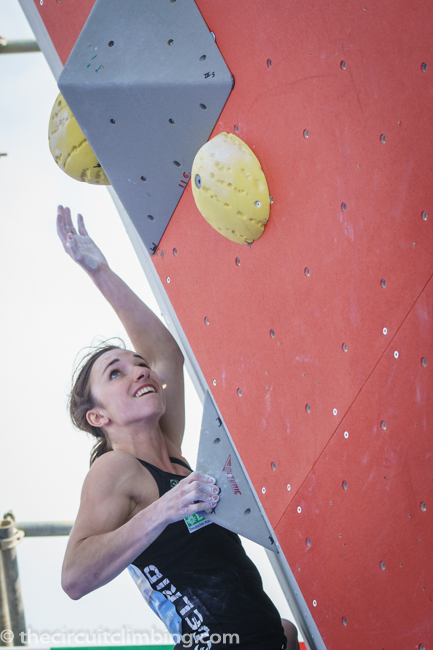 Starting with the Women’s field the first thing we saw in qualifying is that France’s World Champion Melanie Sandoz is continuing to struggle, narrowly missing the semifinals cut. Is it that the French are arriving to late on the fly away rounds? Other performances in the team would indicate this isn’t the case so maybe Mel just struggles with travel? 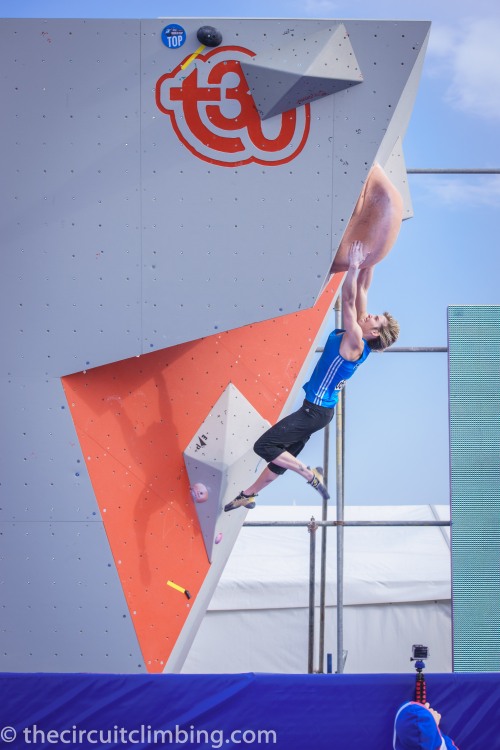 On the flip side one thing these fly away rounds have given us is the opportunity to see some of the up and coming athletes who are rapidly establishing themselves in the sport. From France both Marine Thevenet and Fanny Gibert have climbed extremely well with Marine making finals in her first attempt and finishing one place out in 7th at Baku. The established pros Melanie and Melissa Le Neve will have their work cut out staying ahead of this pair.

Also making a superb showing in the ladies have been the two I call the little Americans, Grace Mckeehan and Claire Bresnan. Both had competed at the highest level domestically and it’s fantastic to see them getting international exposure at such a formative period of their careers!

The Women’s field is different from the men’s though as now, barring a huge upset, we have 5 ladies I’d expect to see in every final. The quintet of Anna Stöhr, Alex Puccio, Shauna Coxsey, Akiyo Noguhi and Jule Wurm have all come into the season looking fitter than ever and ready to win! Last year Anna dominated in finals but this year it wouldn’t surprise me if we saw 4 or even all 5 atop a podium at some point. It was devastating for Shauna to lose on a dab this weekend as she looked totally at ease on every boulder. In saying that so did Anna and the setters will have a tough job ahead ensuring the problems are really hard enough without resorting to party trick problems like the run and jump last week.

The men’s field has also thrown up its share of surprises with two of the legends of the sport Rustam Gelmanov and Kilian Fischhuber not making the first final in China. They quickly showed their professionalism and put themselves back in the leading pack for Baku though which is great to see. Keep an eye on Kilian this year, it wouldn’t surprise me at all if the World Champs in Munich is his last event as a full time competitor on the circuit so savour those few comps we have left seeing the master at work!

Dmitrii Sharafutdinov and Jan Hojer are looking like the absolute form pair this year with Dmitrii scything the problems in Baku and Jan fighting his way to victory a week earlier. It’s great to see as with very different body types they show how diverse body types can be matched at the highest level.

Of course there’s no room for complacency with Climbers like James Kassay and Jorg Verhoeven always threatening and the likes of Sean McColl and Adam Ondra coming out to play over the next few weeks! On top of that we have some superb young climbers in Alban Levier of France and Vadim Timonov of Russia working their way into serious contention! 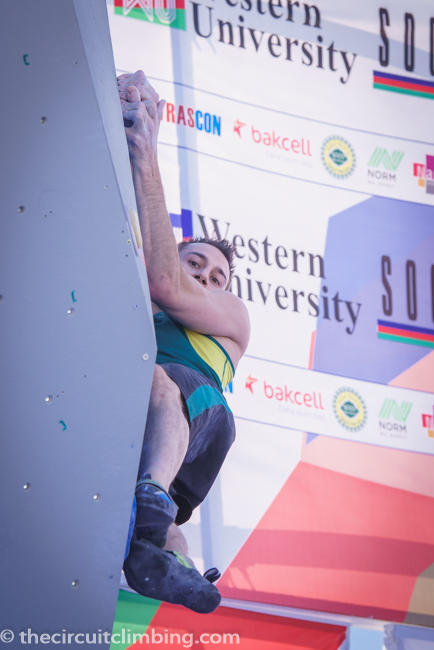 Tune in to the IFSC stream this weekend to see all the action from Grindelwald in whats looking to be the biggest IFSC Bouldering World Cup turnout ever!!!